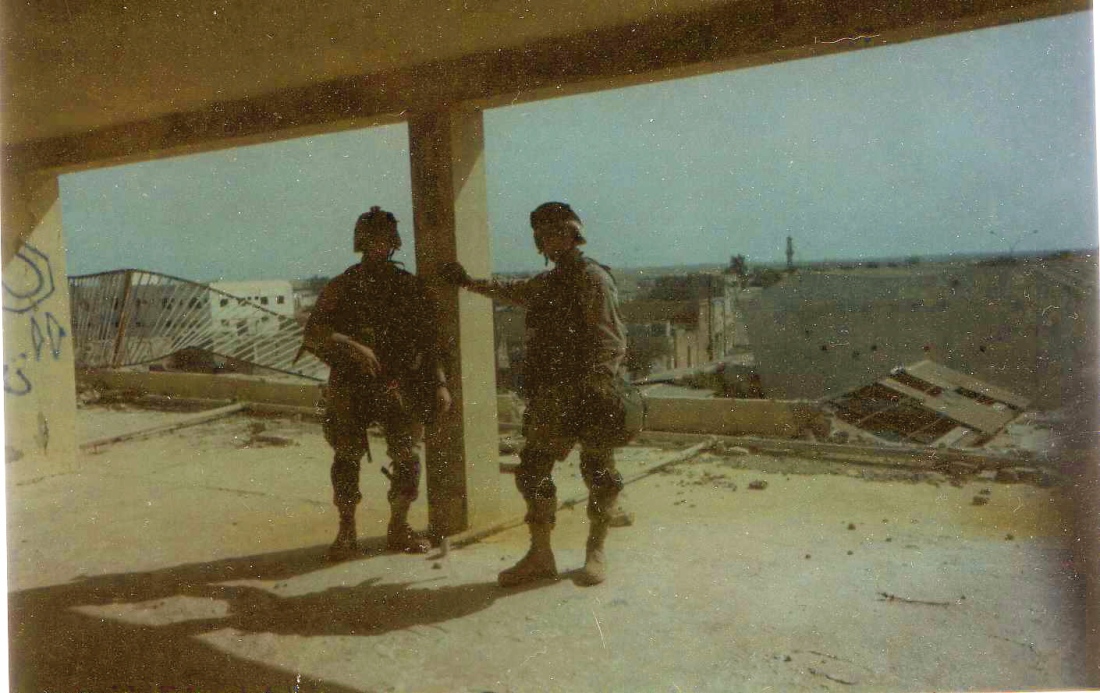 I recently re-blogged one of my first posts on Carrying the Gun, called The Last Letter War. I was still in graduate school at the time, and I was getting nostalgic for the feeling that letter writing and receiving brought during my first deployment, which was pretty austere. In that post, I lamented the fact that due to the rapid spread of connectivity and smartphones, future wars would likely not depend on good old-fashioned mail the way we once knew it. In that, something would be lost – solitude, loneliness, and a deep yearning for outside contact. I admitted though, that all that nostalgia would be lost on a soldier sitting on his cot, waiting weeks or months for a letter that may never come – he’d choose the internet in a heartbeat because it is better, easier, and instantaneous.

A couple of years later, I wrote a piece imagining what it might be like to deploy in the current media landscape, where a soldier’s actions are almost instantaneously captured and beamed across the world via the internet at the speed of light, dissected, critiqued, and discarded before the soldier makes it back to his camp. It was a dark thought, especially the idea of having a bunch of snarky twenty and thirty-somethings share thoughts on your behavior from the comfort of their computer chairs or porcelain toilets, in 140 characters or less.

Now, I am living in that future.

I tend to find myself reading things that bleed into one another – articles that may or not be related, but share common themes. I don’t know if this is a product of my mood at a given time, which makes me more likely to click and follow through on reading one thing rather than another, or simply a random occurrence that seems to happen pretty frequently. Over the past week I’ve been thinking about those two posts while also having read a number of articles and essays on the topics of friendship, loneliness, and civility. They all seem to be connected, somehow, so I thought I’d share them here. The common denominator in them (with the exception of The Hermit) is the rise of social media as a disruptive force – disruptive, in this case, not necessarily being a “bad” thing (although it might be – the jury is still out).

It started with this article in GQ (The Strange & Curious Tale of the Last True Hermit) about a man who remained hidden in the woods of Maine for almost thirty years. It is a fascinating story, and especially so in today’s interconnected world, where this phenomenon seems exceptionally rare. The author, who continually tries to tease out of Chris Knight (the hermit) why he did it – only comes close to an answer when discovering what it is that he missed about his exile, now that it had been taken from him.

“What I miss most,” he eventually continued, “is somewhere between quiet and solitude. What I miss most is stillness.” He said he’d watched for years as a shelf mushroom grew on the trunk of a Douglas fir in his camp. I’d noticed the mushroom when I visited—it was enormous—and he asked me with evident concern if anyone had knocked it down. I assured him it was still there. In the height of summer, he said, he’d sometimes sneak down to the lake at night. “I’d stretch out in the water, float on my back, and look at the stars.”

While scrolling through my Timeline on my Facebook, looking for a certain picture, I came across an article I shared from the Chronicle of Higher Education titled Faux Friendship in 2009. In it, William Deresiewicz discusses the changing nature of friendship, and especially the loss of the “romantic” friendship, as in, that single friend with whom we are almost cosmically linked. Instead, we have replaced “information for experience.” Think about the throngs of outstretched hands at concerts (or any event) clutching glowing smartphones to “capture” moments they aren’t really experiencing to be shared with others who don’t really care.

Now we’re just broadcasting our stream of consciousness, live from Central Park, to all 500 of our friends at once, hoping that someone, anyone, will confirm our existence by answering back. We haven’t just stopped talking to our friends as individuals, at such moments, we have stopped thinking of them as individuals. We have turned them into an indiscriminate mass, a kind of audience or faceless public. We address ourselves not to a circle, but to a cloud.

Deresiewicz wrote another article for the Chronicle titled The End of Solitude, which is very closely related to Faux Friendship, but worth reading on its own.

The goal now, it seems, is simply to become known, to turn oneself into a sort of miniature celebrity.

Strangely, I was also pointed to this article called How to Be Polite which feels somewhat related in that it discusses the demise of civility, mostly due to the rise of social media and a more interconnected world.

People silently struggle from all kinds of terrible things. They suffer from depression, ambition, substance abuse, and pretension. They suffer from family tragedy, Ivy-League educations, and self-loathing. They suffer from failing marriages, physical pain, and publishing. The good thing about politeness is that you can treat these people exactly the same. And then wait to see what happens. You don’t have to have an opinion. You don’t need to make a judgment. I know that doesn’t sound like liberation, because we live and work in an opinion-based economy. But it is. Not having an opinion means not having an obligation. And not being obligated is one of the sweetest of life’s riches.

Just before I was ready to post this piece, I came across this Mashable article, The Most Connected Man is You, Just a Few Years From Now. The subject obsessively tracks everything he can track with whatever digital tracker exists, creating a cyborg-effect.

“Everyone wants to know if they will be like me in the future, but everyone is already like me; they just don’t think about it like that,” he says. “Your phone is already collecting information about you and your life. If you use a credit card or a car GPS system, you’re already being tracked. But that’s Big Brother. When you take control of it yourself, that’s Big Mother, and that relationship is nurturing, kind and not controlling.

And lastly, just for fun, is this edit of celebrities at the VMAs, looking more and more like citizens of the Hunger Games’ Capitol, ignoring the party going on around them in favor of the pitch-and-toss happening on their smartphones.