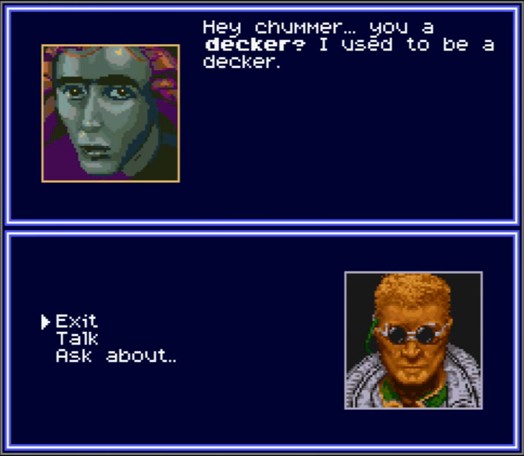 Spoiler alert: It’s PSYOP, but that’s a post for another time.

Recently finished ep. 46 of the IWI podcast with the very ominous title THE KILL CHAIN: WHY AMERICA FACES THE PROSPECT OF DEFEAT.

I haven’t read Christian Brose’s book yet (it’s on the list) but from the description, I think I get what he’s talking about.

America must build a battle network of systems that enables people to rapidly understand threats, make decisions, and take military actions, the process known as “the kill chain.”

A couple of things struck me in the episode. The first is the role of offensive cyber operations (OCO) at the tactical level. There was a good back and forth on where that capability ought to be. And if you’ve listened to Andy Milburn on other podcasts (which you should), you know that this is one of his chief interests.

Is OCO something that needs to get “pushed down” to the Brigade or below level?

Should platoon’s have a designated “hacker” assigned?

The second thing that struck me was the way that Christian closed out the episode. Really, everything from ~47:00 on is great but I want to focus on the below, where he is honing our attention on what actually matters if we want to be successful.

Competition is interesting, but it’s not an end in itself.

This is exactly right.

One of the toughest things for military leaders to grapple with is the fact that if the ends are not clearly defined by the most senior leaders (military and civilian) then all of the thrashing done at echelons below add up to nothing.

It’s being sent overseas to divide by zero.

It’s how you get the GWOT effect.

Matt Armstrong argues the same when it comes to “information warfare” (a term he wouldn’t use). It’s not about the tactics or getting the right words and images together. All that is about as interesting as deciding to flank left or right.

No – instead, it is about having a clear vision, a direction we are headed, or a commander’s intent. Then, eveyrone below can march in step.

And what we’re talking about is political warfare.

How does the military fit into that?

To quote David Maxwell: “Irregular warfare is the military’s contribution to poltical warfare.”

It all starts to fit together if you can take a breath for a moment and let it sink in.

Lastly, this piece by Colonel Steven Heffington takes the strategy argument even further. He argues that what is needed is a “theory of success.”

…a theory of success, when clear, explicit, and well considered, is the strategic version of commander’s intent. It provides subordinate or lateral actors and institutions a strategy heuristic, allowing them to make decisions about the development of their own innovative, timely, and tailored responses to the evolving context. Simultaneously, a theory of success helps limit the play of operational and strategic creativity to the logic path set forth in the founding strategy, which facilitates rapid, tailored responses and iterative evolution of strategy while reducing the likelihood of line-of-effort or iteration fratricide.

CHANNELING THE LEGACY OF KENNAN: THEORY OF SUCCESS IN GREAT POWER COMPETITION

Here’s the rub. Leaders – at every level – have a responsibility to ask for that intent. To demand it.

Ask for that theory of success. If it isn’t clear, if doesn’t make sense, or if it is non-existent, it must be clarified. 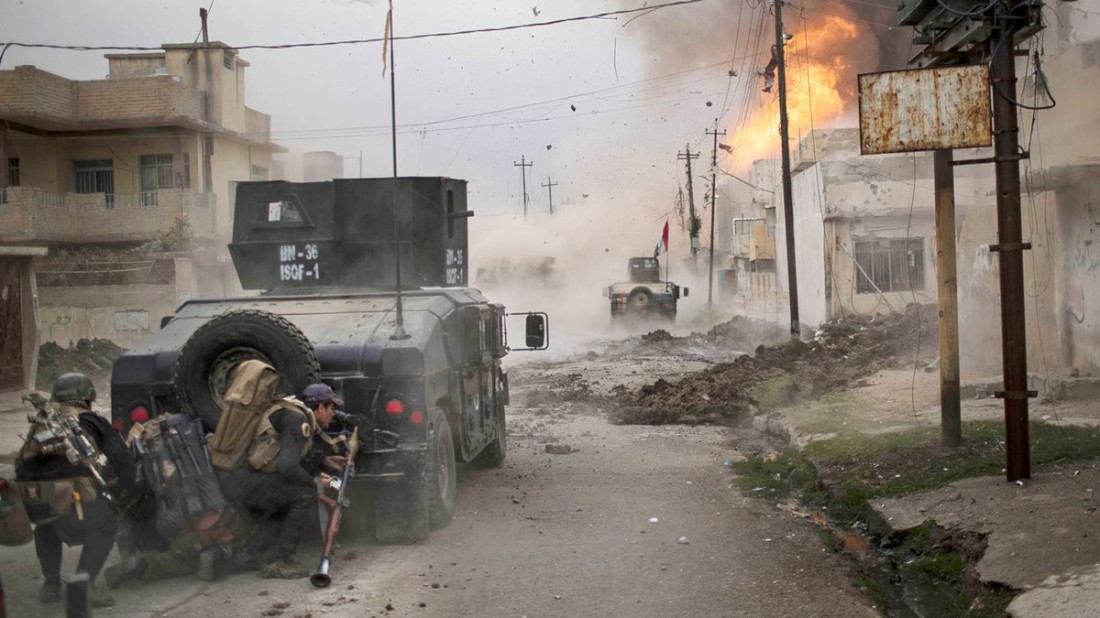 Really good thread on this the other day.

Friends of the blog Matt Armstrong and David Maxwell chimed in as well.

As a society (especially in the West), we have elevated anything having to do with the human brain to an almost sacred position. It is often said that it is easier to put a “warhead on a forehead” than it is to put an idea between someone’s ears.

My sense is that this aversion comes from a fear that attempting to influence using any kind of “technique” is somehow morally or ethically repugnant or dishonorable.

This, of course, is silly. We use these “techniques” every day. If we can use non-lethal methods to gain advantage in competition, change the tide in battle, or ultimately lessen suffering in war, shouldn’t we?

I also think there is an underlying fear born of conspiracy theory and pseudoscience that any form of influence is an attempt at ‘mind-control’ or ‘brain-washing’ – terms that have no basis in reality.

To Cole’s point, the constant word-shifting – psychological to informational – isn’t helpful. It’s an attempt to sanitize the effort, but only works to strip it of its essence. Everything we do is inherently a human endeavor. As such, there are psychological aspects at play and we should take them into account.

The more we try to avoid that, the less effective we will be.

From now on, this is my repsonse/reaction article to overly simplistic calls for a rejuvenation of the USIA.

The org chart is just fine.

And I continue to think that folks think bringing back the USIA will work because, you know, it has ‘information’ in the name.

What we need is a clear vision, direction, and commander’s intent.

And then, a willingness to let subordinates go to town.

USIA was the manifestation of segregating information from policy; USIA’s authorities were less than the organization it replaced; and, USIA was not charged with nor did it conduct an anti-/counter-political warfare mission. Today, the organizational chart as-is has the potential to surpass the relevance, integration, and effectiveness of USIA if the White House and Secretary of State would appreciate this function, hire the right person, and support and hold accountable this office and its role.

The Irony of Misinformation and USIA, MountainRunner 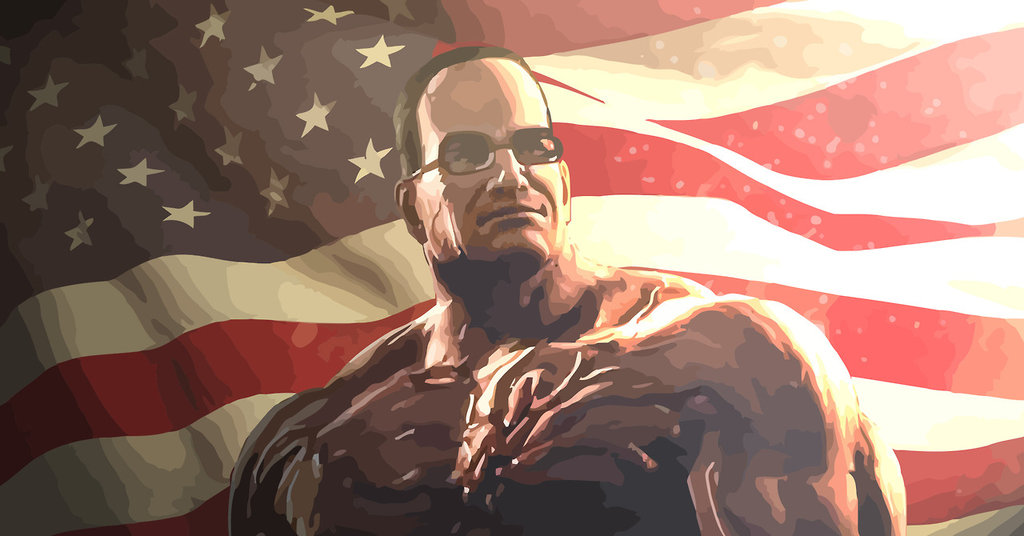 Glad to see Matt Armstrong on a recent Cognitive Crucible podcast – this one on his passion project, the much-misunderstood “Smith-Mundt Act.”

If you’ve been around the “information operations” space, the Smith-Mundt act is usually taught during a class on “authorities.” There will be a slide that usually includes some text lifted from the act and then a “bottom line” that the US government is prohibited from informing/influencing/targeting/propagandizing/etc domestic American audiences.

Once that nugget buries itself into someone’s head, it gets carted out usually as a bulwark to doing anything in the info-space.

The history of the actual legislation is much more nuanced. Instead of “prohibiting” domestic dissemination, it was actually intended to “allow” dissemination abroad (by the State Department) as a direct counter to burgeoning Soviet political warfare.

“…we have nevertheless been too preoccupied in the past with feeding the stomachs of people while the Soviets have concentrated on feeding their minds.”

If we’re going to conduct political warfare effectively, we have to understand this history. This is wonky territory, but that’s ok, because as Matt states in the episode, this stuff starts with President of the United States. It should be wonky – it’s incredibly important.

Anyway, the episode is worth your time – especially if you are an information warfare practicioner, or more importantly, if you are (or will be) in a position to make command decisions in an operational environment. You, more than anyone else, can make a huge impact if you understand what you can do – which is a lot.

Some interesting tidbits in this episode:

Also, towards the end Matt references the fascinating topic of a PSYOP officer who wrote a book shortly after WWII arguing that influence operations should be banned via treaty. I’m now officially on the hunt for it.

It’s a great episode. Check it out. 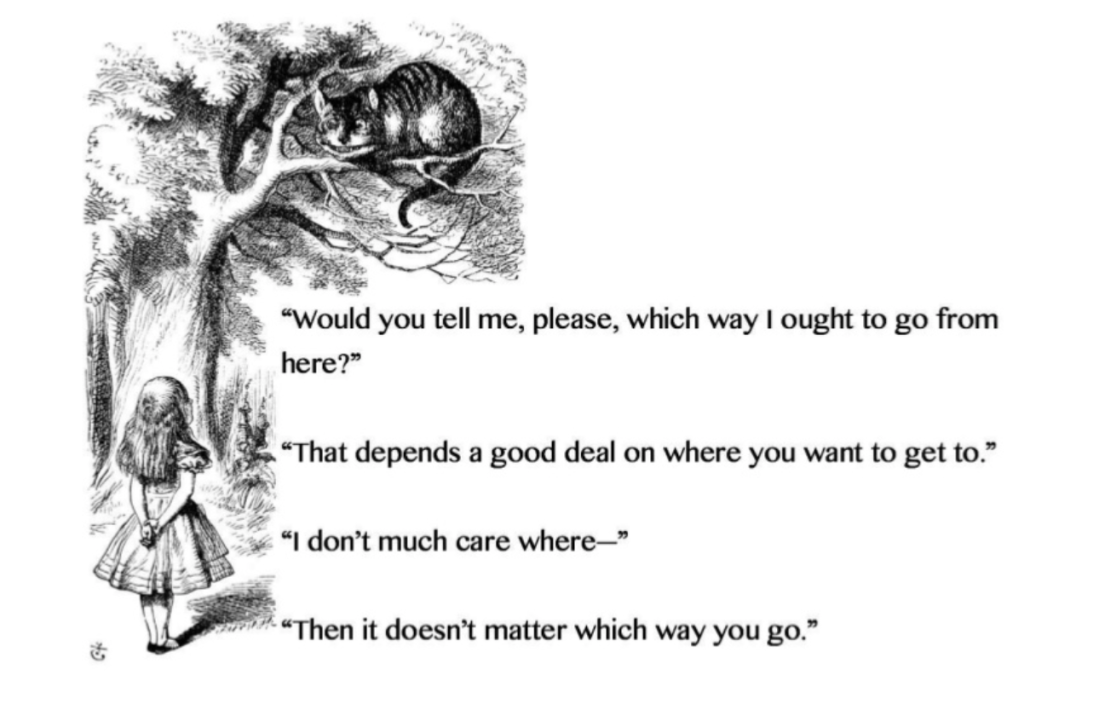 A deep-dive on where we’ve been and where we are in regards to big-picture political warfare/public diplomacy.

I appreciate Matt’s insistence that it’s not about pulling the right “info-ops” lever or restructuring organizations, but having a clear strategic vision of where we’re going – a “commander’s intent.” With that, everyone can move in the right direction. We have the tools and we have the talent – we just need to know where to go.

If there is a strategy or something resembling a strategic vision, in other words, the president knows what we want tomorrow to look like and has a baseline understanding of the costs we are willing to pay and the costs we are willing to extract from adversaries (and allies), then there is a “page” for everyone to get on to (ie “commander’s intent”). Centralized orchestration breaks down quickly as the buck is passed and sign-offs are required. Along with a commonly understood goal (or goals), we need to tolerate risk so risk avoidance does not continue to have the priority. These are all products of leadership, or lack of leadership.

Neglected History, Forgotten Lessons: a presentation and a discussion – MountainRunner.us

The post features an extended question and answer portion at the bottom. Worth reading if you are confused (and you are – I know I am) about the Smith-Mundt Act, the US Agency for Global Media (formerly BBG), and what the heck we’re even doing anymore.

Damn. I had not heard it put that way before.

“Irregular warfare is the military’s contribution to political warfare.”

Another great deep-dive from the Irregular Warfare podcast.

I have a growing interest in political warfare – it’s a dense topic and I’ve found there are only a handful of experts on it – especially when it comes to the role of the military. COL (R) David Maxwell is one of those experts, and then Matt Armstrong more generally.

If you know of any others I should be following/reading – please send it my way.

If irregular warfare is the military’s contribution to political warfare, the next hard thing to do is figure out what your subset of the military is supposed to do in irregular warfare (not very easy). Keep drilling down until you get to to “you” and start pulling levers and pressing buttons.