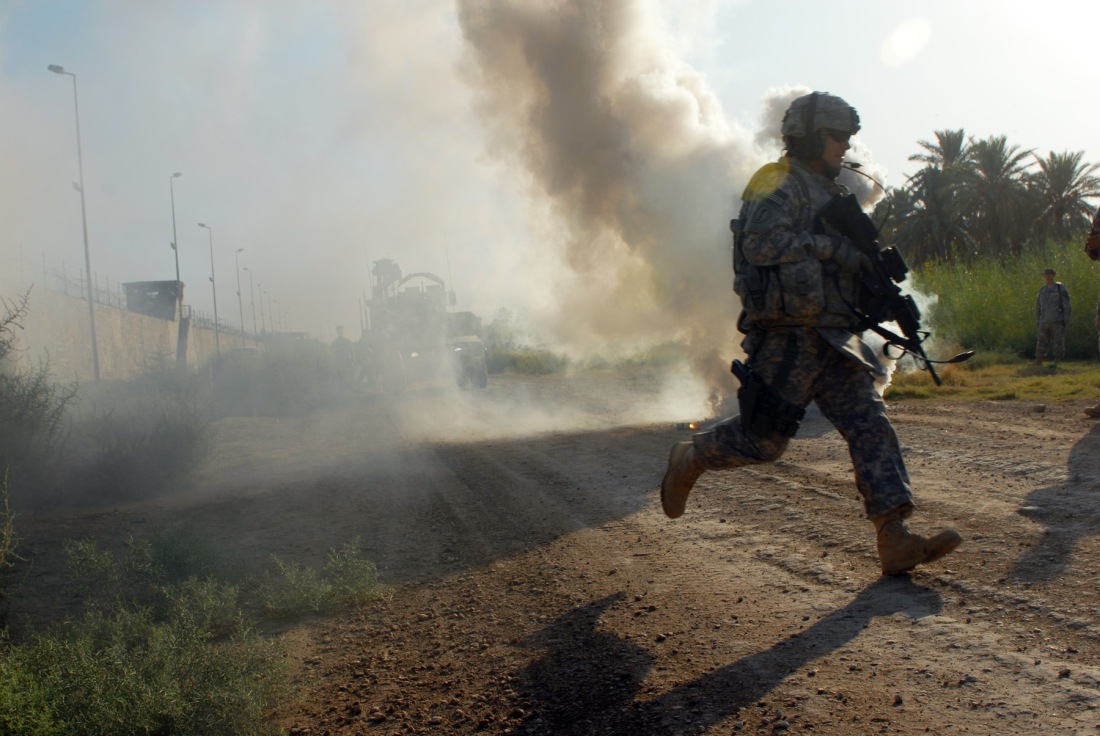 Just about everyone I meet in the Army has a Facebook account now. It is more odd to not have one than to have one. Whenever I am up, standing in front of soldiers, I automatically assume I’m being Snapchatted. Social media is out there and exists. There’s no putting it away.

There are loads of military themed sites that vie for the attention of service members and veterans. Years ago, it was soldier blogs that made waves, giving others a peer inside the world of the military. Those have mostly died off, replaced instead with aggregate sites that allow many more voices to be broadcast to a much wider audience. These are sites like Task & Purpose, We Are The Mighty, The Rhino Den, Havok Journal, SOFREP, etc.

Then there are the strictly social media landing spots – Power Point Ranger, U.S. Army W.T.F. Moments, Gruntworks, Doctrine Man, etc. The list goes on and the low barrier to entry – an internet connection and an idea – allow these sites to rapidly proliferate and compete for the attention of its audience.

While aggregate sites allow for the display and dissemination of partially to fully formed ideas, the social media sites are pure candy. They post clickable, shareable, rage-baiting images and ideas designed to trigger an emotional response. Some of it is hilarious. A lot of it is nonsense.

Last week, before the media event and graduation at Ranger School, I heard soldiers speaking with confidence to one another that the outcome was pre-determined because of the Havok Journal article that claimed the President was going to be at the graduation, so ipso facto, the women got a free pass. In the circles I heard the claim, no one made a correction. No one said it was nonsense. It was read on the internet, disseminated, and settled.

A couple of months ago, when this article about the demise of Army leadership began making the rounds again, I was approached by a good soldier asking me why he should stay in the Army, because that article resonated with him.

Back in Afghanistan, I watched junior soldiers grow enraged over the ARCOM awarded to MSG Moerk because they saw a thousand memes on it. I could never imagine why a junior soldier – or any soldier – would be so interested (and outraged) at an award a senior NCO gets at a post, far, far away.

I’m not sure I’m shedding any new light on this. I’m sure in institutions all over the world social media is having a similar effect. I certainly see it in politics. It’s just something I’ve noticed a lot more in the military recently.

There is still this assumption that what happens online, stays online. That is an outdated understanding of the internet. What happens on Facebook, Twitter, and the like, interplays with conversations in morning formations. That funny picture I clicked ‘like’ on before PT becomes the actual thing someone references during the run. Only, out in the wild, removed from its original context of a funny thing on a goofy military site, it might not be so funny.

Related: The Military Meme Machine. I’m not a fan.