Remember GHOSTS IN THE MACHINE?

Of course you do.

Here’s a conversation with the force behind it.

It’s a deep-dive on PSYOP, and worth a full listen.

First, what PSYOP really is…

We are the marriage of the sciences and the arts.

And second, the most important lesson to be gleaned from the GHOSTS IN THE MACHINE video:

There’s a tendency for people to be very risk averse when it comes to information or videos or whatever, and I think what this has shown is that, it’s ok. It’s ok.

Today’s emergency is forgotten tomorrow. If we want to win we have to be brave and push. 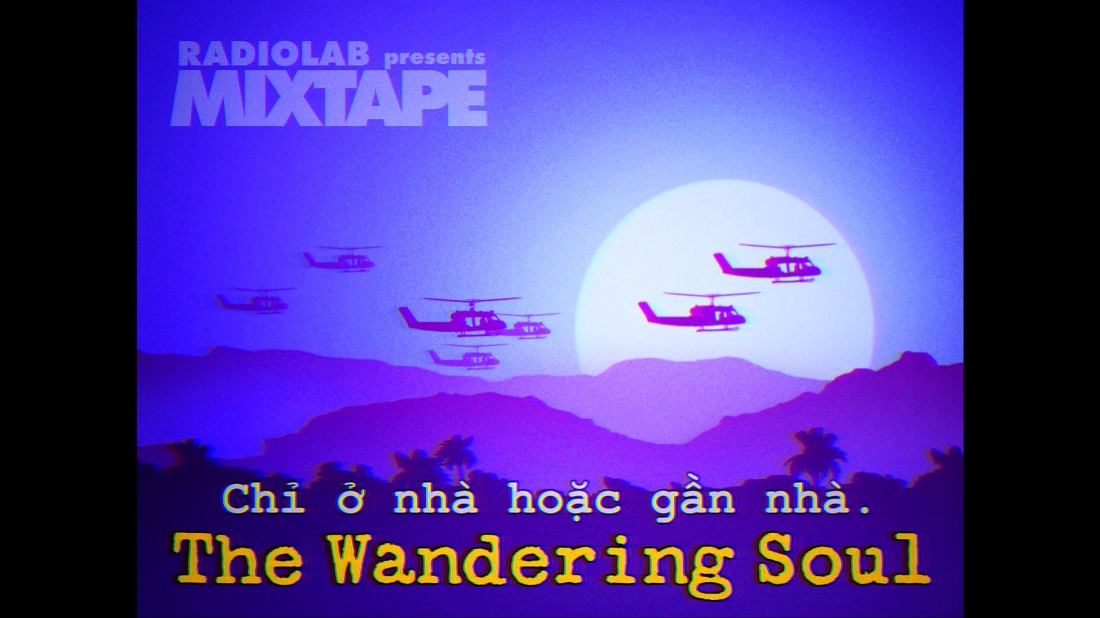 As the Vietnam War dragged on, the U.S. military began desperately searching for any vulnerability in its North Vietnamese enemy. In 1964, it found one: an old Vietnamese folktale about a ghost, eternal damnation, and fear—a myth that the U.S. could weaponize. And so, armed with tape recorders and microphones, American forces set out to win the war by bringing a ghost story to life. Today, The Experiment examines those efforts and the ghosts that still haunt us.

“Someday this war’s going to end…”

The majority of my peers at IBOLC are younger than me, hovering around the age of 23. Many of them were just finishing elementary school on 9/11. They grew up with The War as a constant, something that began when they were barely cognizant of what was happening outside of their neighborhood. We fought in Iraq and Afghanistan and there was little reason to think that it would ever stop. At some point, they decided that the military was right for them. They waited patiently until they were old enough to enlist, and then chose to delay a few more years in order to go to school and join as an officer.

Before even arriving at IBOLC, they signed on for additional years of service or swapped assignments at great units or duty stations in order to get to a unit that is deploying shortly.

Iraq is over (for us) and Afghanistan seems to be not too far behind. It was only a few years ago that joining the Army meant a guaranteed deployment. It was not a matter of if but when. Training was tailored to the operating environment. COIN was the name of the game.

Although a deployment to Afghanistan is still possible for many of us, if things fall the way they are planned, this might be the first crop of new infantry lieutenants who miss the show. This has sparked an anxiety among many of my peers that they are going to lack combat experience and that void might stunt them, professionally or personally.

As someone who has already deployed, I don’t feel that same urge to chase deployments. I’ve got my stuff, and make no mistake, getting the stuff is one of the incentives of going. I’d be happy to deploy and would do so with enthusiasm. But clawing my way to the tip of the spear just to see it one, more, time, before it packs up and leaves for who knows how long seems foolish. Go where the Army tells you and do the best job that you can, whether it is forward or in the rear. To me, that seems like the best course of action.

In Nate Fick’s book, One Bullet Away, he talks about the difference between “golden memories and ghosts.” Serve in the military and do good things, and you’ll be rewarded with golden memories. Chase that deployment, and you’ll be cursed with the ghosts. I thought that was a pretty apt description.

I also remember reading a quote somewhere by a French military officer (I think) that went something like “War ruins a perfectly good Army.”

Yet, I completely understand why a brand new lieutenant would do whatever it takes to get to a deploying unit right now. The window feels like it is closing fast. There’s a fear of being that guy who just missed it, and who has to walk around with a bare right shoulder until he gets another opportunity, which may be never.

What advice can I give to someone who wants to deploy? Once you’ve been there, you know it’s not worth chasing – even though there is that urge to go back and try to experience it again. Time and distance atrophies all of the bad memories and raises the good ones to the top. But if I sit and think for a minute I can clearly remember how much a deployment can suck. I’m sure it doesn’t help when everyone who has deployed sit around and swap stories with one another, like pirates at the pub after a round of plundering.

The advice I want to give is “Don’t chase it. If it happens, great. Go fight.” But the infantryman wants to be near the gunfire, and I understand that. I understand where they are coming from. I know how I grinned from ear to ear when my Company Commander told our company of paratroopers that we were deploying. I remember the mix of fear and excitement and I wouldn’t give it up for anything.

Usually, I just nod in agreement when someone expresses their desire to deploy, fully knowing that they’ll never really leave once they’ve been there.